Success For Amor The Measure Of The Mission

In Guillermo Amor, the Adelaide United Board and fans alike will be expecting the seamless progression of the mission undertaken by departing boss, and fellow Barcelona disciple, Josep Gombau.

That mission was to implement a brand of football that would be the blueprint for ongoing success.

In his two full seasons at United, Gombau has overseen a revolution in style and philosophy from the First Team down to the Youth Squads, delivered an FFA Cup, two A-League finals appearances and an Asian Champions League play-off berth.

The Red’s always attacking, high pressing, possession based passing game has at the same time brought the fans back through the turnstiles at Hindmarsh and won plaudits across the competition.

“When I came I wanted to put a new philosophy into the club, we wanted a new style.”

“We wanted to introduce more South Australia-born players into the club and we wanted to bring more people to our games.”

“These are the things we have done and we have achieved our goals so far.”

After two seasons of meteoric development, expectations for 2015/16 are understandably higher than they’ve ever been in Adelaide – and new manager or not – the success of this third instalment of United’s Spanish revolution will be judged not by its continued advancement of the style but by its return in silverware.

No small amount of pressure for any new manager, yet alone one in his first senior appointment.

In his favor, Amor’s pedigree is incontrovertible. Adelaide has at their helm a bona fide legend of the game.

One of the first graduates of Barcelona’s famed youth academy, La Masia, and with 421 first team appearances for the club, Amor stands in a select group even amongst his elite peers the Catalan giant.

The winner of five La Liga titles (four consecutively) and a member of the trailblazing 1991/92 European Cup winning side, Amor was capped thirty-seven times for Spain and played in both a European Championship and a World Cup. There would scarcely be a club on the planet that wouldn’t clamour to add the forty-seven year olds’ experience and insights to their coaching ranks.

Indeed last season Amor was never far from Gombau’s shoulder on the Adelaide bench and clearly behind much of the side’s tactical play.

Brought to the club by Gombau twelve months ago in what was initially an advisory capacity, he soon signed on as Technical Director. The two friends and passionate exponents of the Barca philosophy have a working relationship that dates back to 2003 when Amor first worked as Director of La Masia and Gombau was an academy coach.

Amor inherits one of most settled squads in the A-League, where transfer activity has been limited but shrewd. After finishing just short of a grand-final spot in May, United have excited with impressive out of season displays against world class opposition in Villarreal, Manchester City and Liverpool. Even with seventy three days still to go before the new season kicks off, most pundits have The Reds’ as serious contenders for the 2015/16 A-League title.

So can Amor achieve what to date, no other has, and steer United to a maiden championship? Furthermore, can he do this in just his first season in charge?

Football is littered with former champion players who have failed to translate their on-field achievements into success directing from the touchline. Equally some of the game’s most accomplished managers never played the game at the highest levels.

Amor has already played a significant role in Adelaide’s transformation. Clearly he has the tactical smarts; he now also has a group of players experienced enough to execute the style. What is untested is his ability to lead the dressing room to perform at their collective and individual best over the course of a season. Achieve this and delivering Adelaide a remarkable first A-League crown at his first attempt is certainly possible, moreover it would pay testament to the philosophy set in place by his good friend and predecessor.

And that was the mission in the first place. 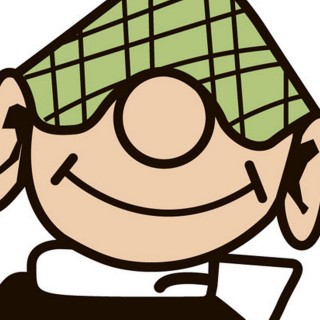